HAT’S OFF TO DEFF STUDENT FILMMAKERS

This year DEFF wants to pay special tribute to student filmmakers by awarding a special award for an outstanding student film. All of our student filmmakers have not opted to join the revelry, but one of the students listed below will win special recognition for their efforts!

Part of our mission is to inspire, educate, and promote motion picture production and artistry. Going forward, we will provide opportunities for filmmakers of all levels to network, learn, and grow in our community. With the ever-advancing trends in motion picture and video production, rapid application of new technologies, new techniques, and audiences growing expectation for unique engagement, we are all students. 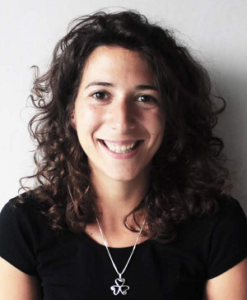 Ana Genís is a licensee in Visual Communication in the UPV. She has worked in a couple of documentaries, Our Emma (Ireland) and No Djunta Mom (Guine-Bissau) as a camera and editor. Narcobot is her first film as a director. 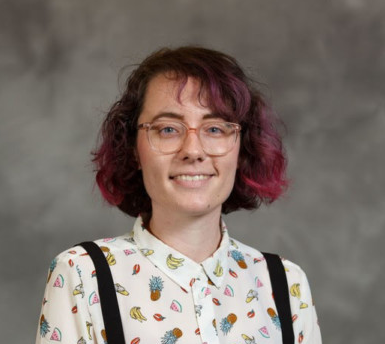 Victoria Barranco is an animator, digital artist, and CG generalist from Fort Lauderdale, Florida. She currently resides in Boston, MA, where she recently completed a BFA in media arts and animation at Northeastern University. She is interested in animation’s ability to highlight serious issues in a friendly, engaging way and has a passion for creating cute characters, engaging narratives, and snappy animation for others to enjoy. When not making art and animation, she enjoys singing and playing the piano, drinking iced matcha lattes, and talking about cats.

A young alligator Scoot and his best butterfly buddy Blue are driven from their Everglades home by a mysterious force. 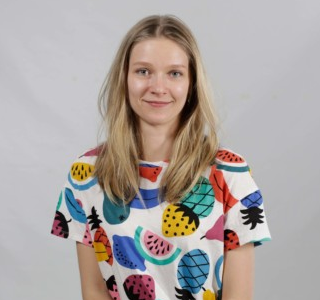 Katariin Mudist is an animation artist from Tallinn, Estonia. My works are best described by absurdity and humour. I find it fascinating to capture seemingly pointless nuances of everyday life. I get inspiration from mythology and other nutty texts and visuals. I graduated from the Media and Advertisement Design department in the Pallas University of Applied Sciences and have studied animation at Moholy- Nagy University of Art and Design in Budapest.

“The Hesitator,” tells a story about a wavering man who does not have to make decisions but can follow each opportunity along his way by splitting himself. 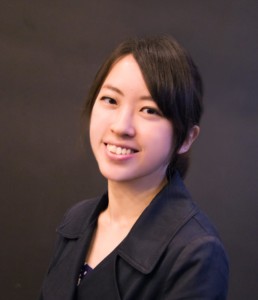 Wu-Ching Chang recently studied MA. Experimental Animation at Royal College of Art, UK. She graduated with a B.F.A. New Media Art at Taipei National University of the Arts in 2015. She has worked as a freelance artist in animation and illustration for 9 years, and she’s also worked as a concept and cinematic artist in the game industry for 3 years. Her animation short film ‘Mother’ won  K. T. Creativity Award for quality and the best visual effects award at the 4C Digital Content Awards. The film has been selected for 17 film festivals and screened in film festivals in USA, UK, Romania, India, France, and Greece.

The girl suffers from great discomfort without warning, like a disaster. When panic is accompanied by flapping-wing, a chaotic, dissociated journey of her unconsciousness is about to begin.

The animation short film is a collaborative project with the Wellcome Collection. The Wellcome Collection is a famous museum based at London, where displays a mixture of medical artefacts and original artworks exploring “ideas about the connections between medicine, life and art”. 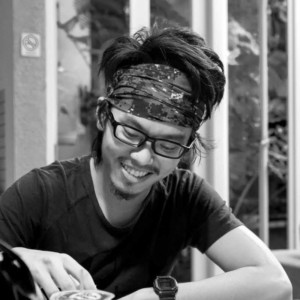 Raymond Limantara Sutisna is a serial workaholic who happens to enjoy cartoons and design. A graduate from Nanyang Technological University’s School of Art, Design and Media, his work draws from the energy of youth, nature and animation. In his spare time, he tries to maintain a healthy work-life balance. His other hobbies include growing a beard and daydreaming.

A boy and girl fight for painting space, both refusing to give in until the mess they create goes out of control. 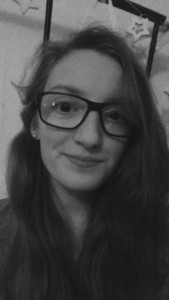 Phoebe Morrison is a female animation student at UCA Farnham. i am increasingly interested in exploring the processes of mixed media animation, such as exploring cut out, pixilation, under the camera work and more recently the potential of sewn animation. I also hope to explore the movement of the human body more within my animation as the human body is expressive and I would like to see what animation can do with it.

Handmade is an experimental exploration of animation processes. The film uses a hand reacting with a book to instill a sense of aggression and as a vessel to explore each of the techniques (ranging from charcoal, to pixilation to cut out). 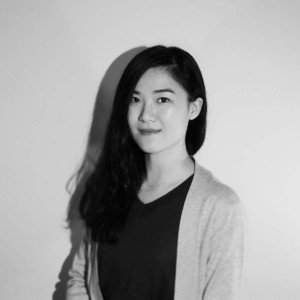 Fu Yang worked on several theatrical productions being an actor, a scenic designer, and a motionographer during her college years. Later on, she studied her MFA in Film Animation at the Academy of Art University. Before graduate, she achieved her ambition to produce her experimental stop-motion short of her own. She embraces pushing boundaries with science and technology through her art. Experimentation and exploration, in any art form, help to enhance the stories that we tell.

A man who holds too many secrets goes to confess to a sacred tree. He takes heavy steps, feels burdened and finally reaches his destination… 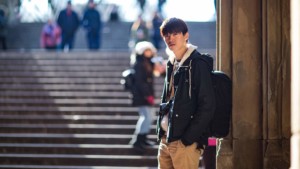 Ya-Lin Yu is a filmmaker originally from Taichung in Taiwan, raised by grandparent, a traditional Asian family. Finished his Bachelors of Science in Computer Simulation and Design from Shih Chien University, and recently graduated from Ringling College of Art and Design.

Joyce, a girl who got cancer and become bald is afraid of facing her friend because of her appearance, so her imaginary wig monster is trying to help her out. 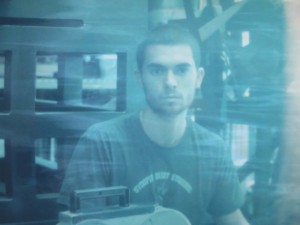 Luca Cioci is a filmmaker and visual artist from Italy. He recently graduated with a BFA in Animation from CalArts and currently resides in Los Angeles working as a multi-disciplinary freelancer and developing his personal projects.

Functional and aesthetic values in recurrent, yet questionable domestic scenarios. 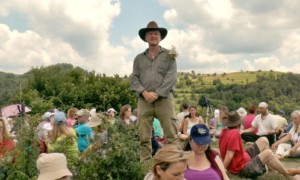 Sacha grew up in Brussels and did his study of Master degree in film directing at Institut des Art de Diffusion (Belgium). “Where To Dig” is his graduate film.

A strange explorer believes that he discovered a very ancient pyramid in the heart of Balkans. But while digging that, is he forgetting the recent past of the location? 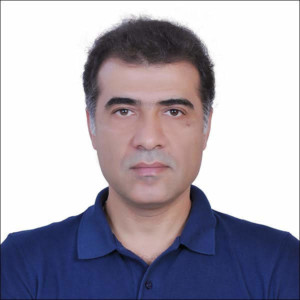 Javad Zahmatkesh was born in Mazandaran Province, Iran in 1970. He is an anthropology candidate in Central Tehran Branch Islamic Azad University and is interested in Visual Anthropology.

Hands in nomads have a lot to say so that they are the most mysterious, magic parts of the body to transfer culture, habits, signs and symbols. Our Camera is about to discover the mysteries. 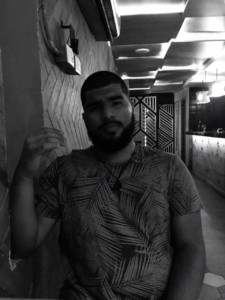 Adrien Guerrero was born in Barranquilla (Colombia) on October 7, 1997. He is currently a student of graphic design and architecture at the Universidad del Norte and Universidad del Atlántico, respectively. As director and audiovisual producer, Pango Tales corresponds to the first step of his career and his first approach to cinema.

Three pandas are embarking on a long journey. However, they can not imagine what awaits them after an event that would change the course of their lives. There are several adventures on an unforgettable trip in a magical and remote forest. A dramatic story with a powerful teaching, which will bring you several tears and smiles.

Nofar Schweitzer graduated Bezalel Academy animation department and is a freelance animator and editor based in Jerusalem. Her film “You used to bring me flowers” is her graduation film she created during her animation studies.

You Used to Bring Me Flowers

A man steals flowers . His appetite grows as he steals more. We follow him as he picks the flowers of different women. From a thief who is sensitive to the gaze of passersby, the man’s gaze becomes more intrusive, Penetrating homes and intimate spaces. Finally he collects flowers from the whole city and makes a bouquet as a gesture for a woman. 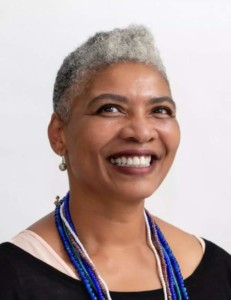 Rose Dies Friday is the poetic telling of Rose Butler, the last person hung for arson in New York state. She was hung in what is now known as Washington Square Park, there is still no marker. Rose’s crime destroyed three stair steps. She was 19 years old.