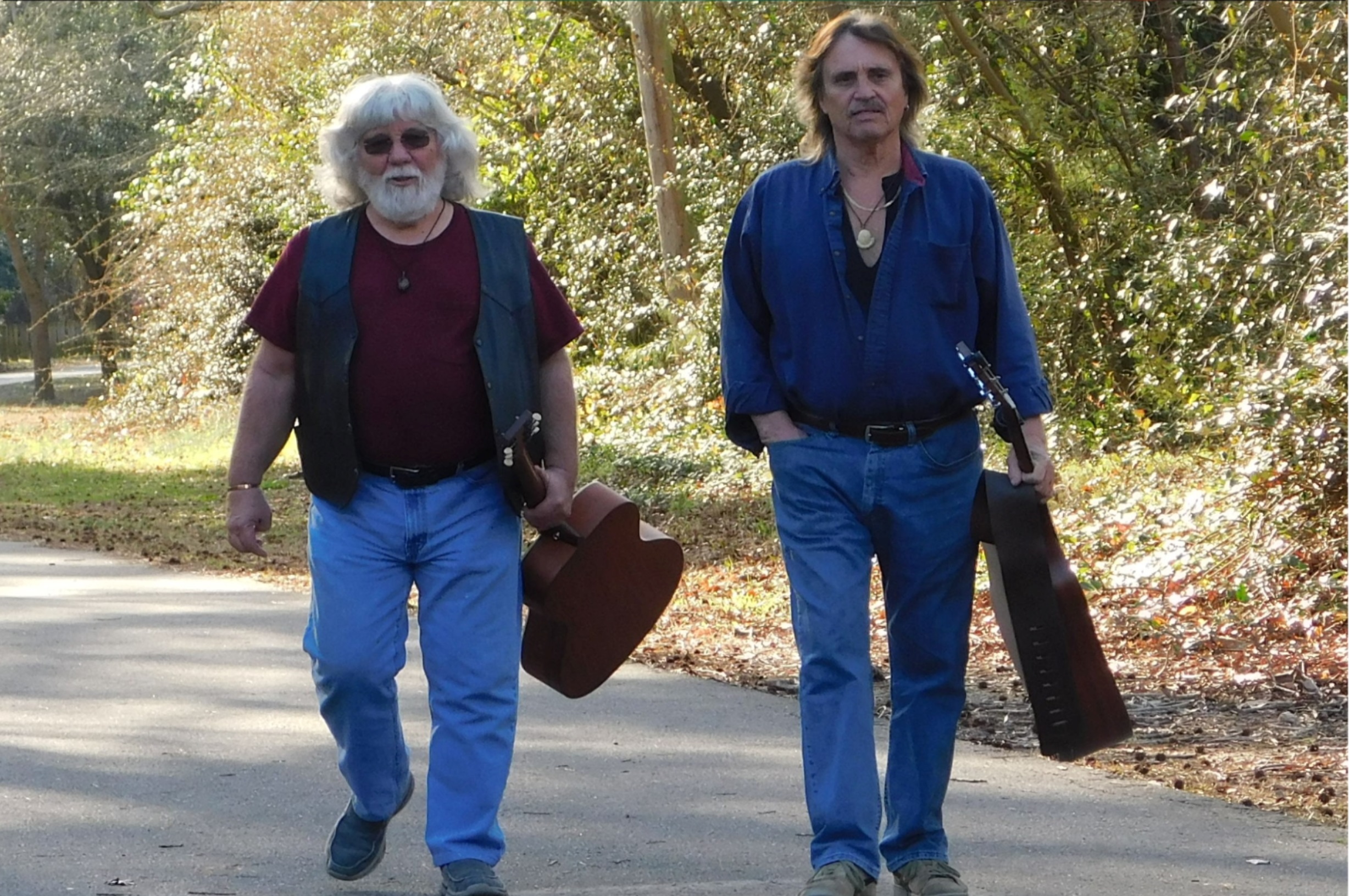 John Benson and Time Meineke, Rusty Bucket Boys, are a duet based in Greenville NC.

They play Acoustic Rock, Country, Folk, and their own “Bucket Music.”

A friendly heckler in the front row shouts “What’s the story about your name?”

“We’re obviously rusty, right?” the artist known as John “Singer” Benson (who looks remarkably like Jerry Garcia) explains, self-deprecatingly. “It was on our bucket list to do this … and we’re obviously not girls. We put the ‘z’ on the end of it because it’s cool.”

The Boyz treat the audience to a blend of astonishingly good original songs, as well as covers of Bob Dylan, Crosby, Stills and Nash, The Traveling Wilburys, Steve Miller and John Prine.

Their commentary between songs is just as interesting as the music that follows. Introducing a song he wrote, John says, “This next song is about a disease I used to get … I still get it about once a year: Wanderlust.”

Excerpt above is from “Give This Gig a Whirl” written by Donna Davis, a featured columnist with the Daily Reflector. Published March 12, 2020.